This past new years eve I went to a new pizza place while out for the afternoon. We found Brixx wood fired pizza in Hoover after finding out the hard way that Wolf Camera was no longer in business in Hoover. 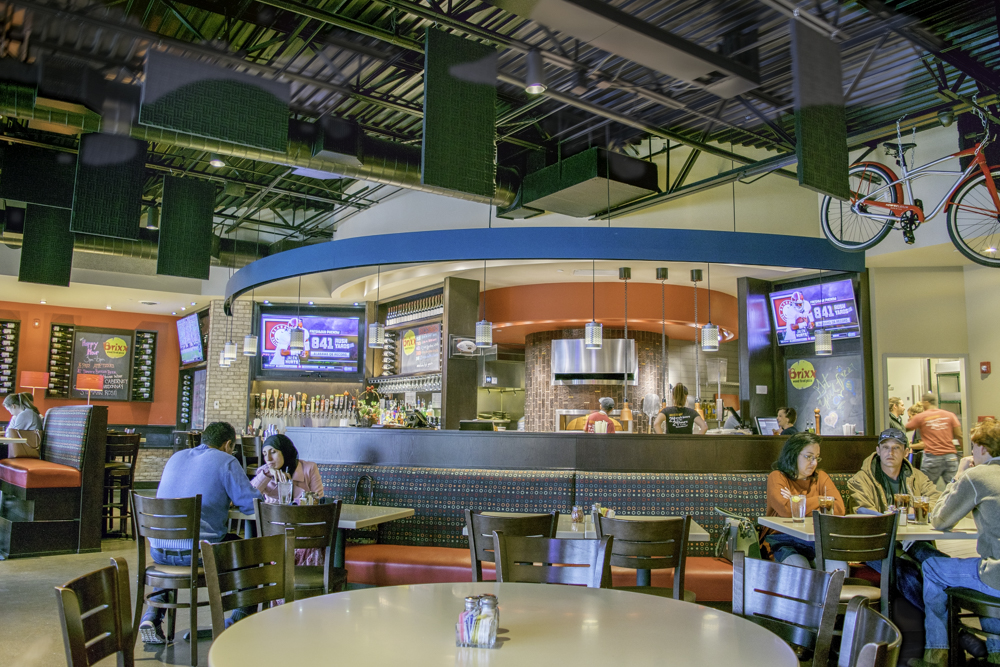 We went end and the first thing that struck me was the overall atmosphere. Its light but artsy in manner. It wasn’t crowded as you can see but it still was busy. Now one thing that did strike me was that they had fully thought out the space they were in and the acoustics. Those panels you see hanging from the ceiling are not design primarily but are acoustic baffles to cut down on the noise from a space with no carpet and little to absorb the inevitable echos that would occur.

We were seated and their menu is rather well laid out and diverse. They have not just pizza but other pastas and salads. If you want more toppings than they have on any particular item they will add it and the list they can put on is extensive.

I ordered the Bronx Bomber with sausage and baby spinach with pesto sauce instead of the normal tomato paste sauce. 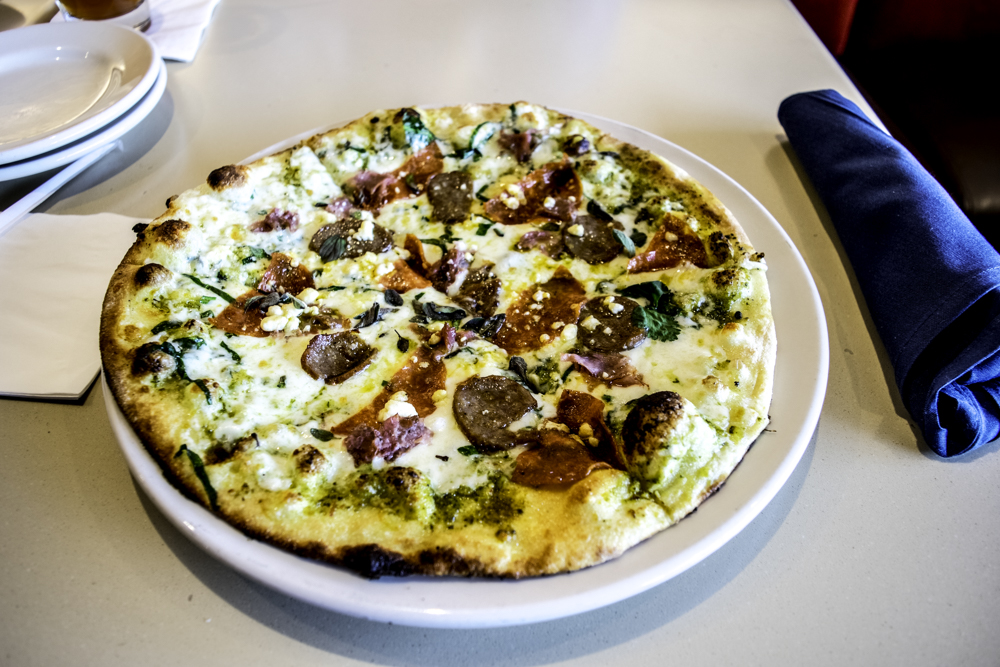 My fellow eater got the Caesars Salad 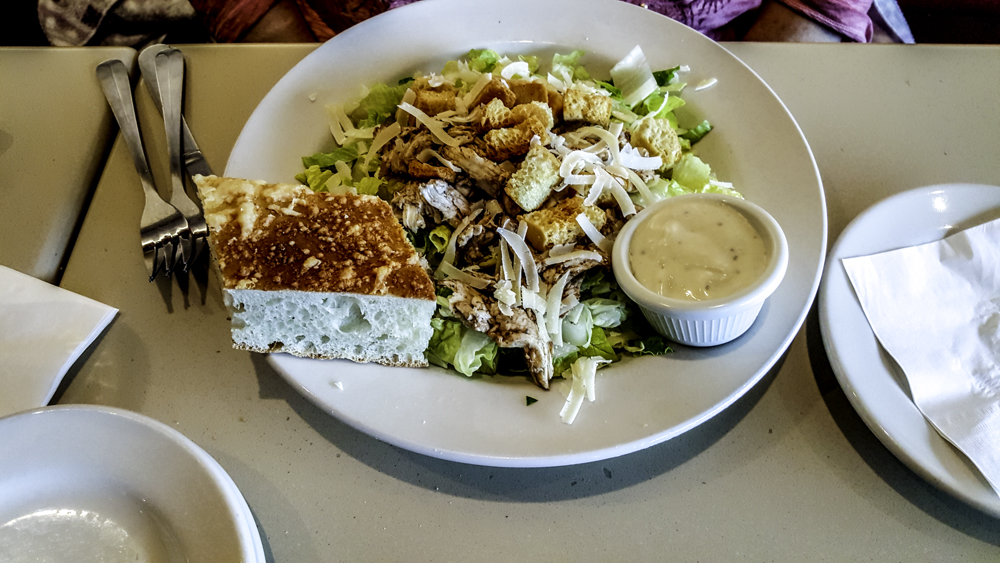 The pizza was tasty, crust wasn’t too crisp or too soft, the pesto sauce was good and not too oily as well as the toppings were all very good. My fellow eater said the salad was great but with one small Mehh to it, Usually this type of salad is served with Romain Lettuce but this came with iceberg (Ugghh in my book but I was told it was still good regardless).

The service was prompt, She didn’t leave us hanging for refills or suggestions on what we should follow it  up with.