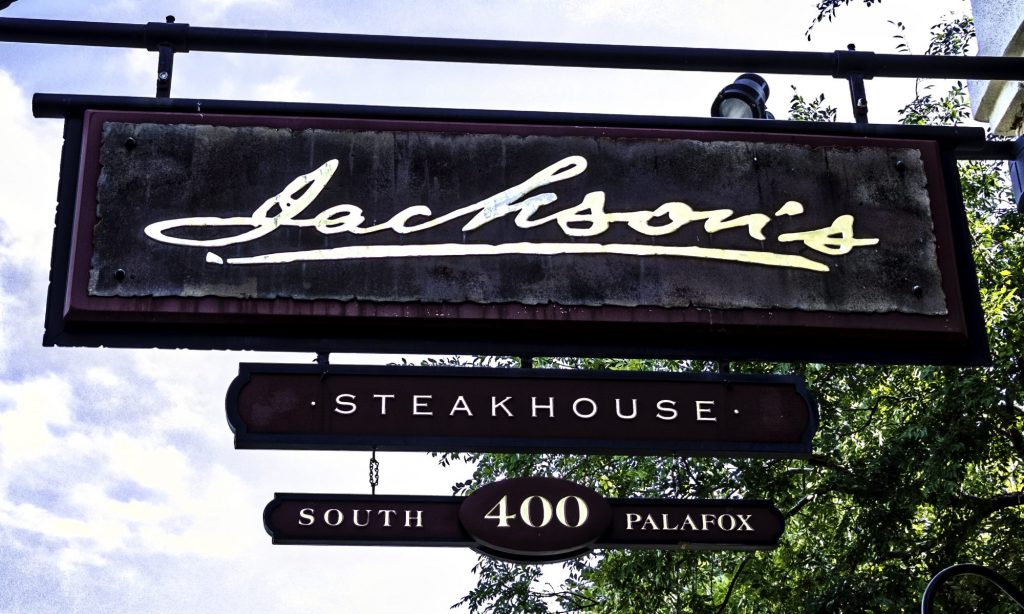 For my 49th Birthday I decided to treat myself and went to Jacksons Steakhouse in Pensacola Florida while there for 2 weeks to study for the Bar Exam.

For a week I had been hearing from everyone that they were THE place to go for steak.

I went in the evening and only waited about 45 minutes to get a seat.
I asked for a place where I could see the most of the restaurant.

The atmosphere is cozy yet still open enough that it doesn’t feel as if you are in a stuffy older restaurant that the movies used when there were high meetings of business or government that was overbearing. 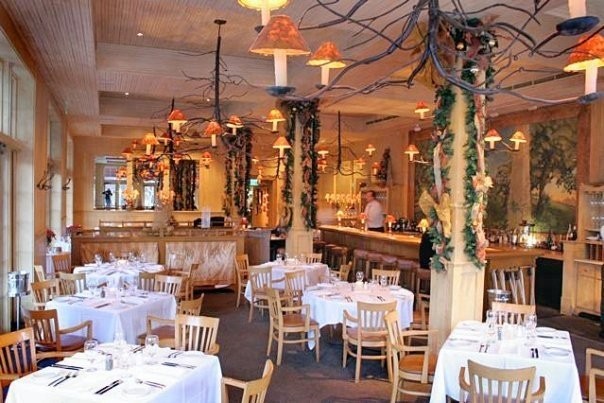 I ordered the Filet Mignon Medium Rare with the Garlic Potatoes and Sautéed Green Beans. 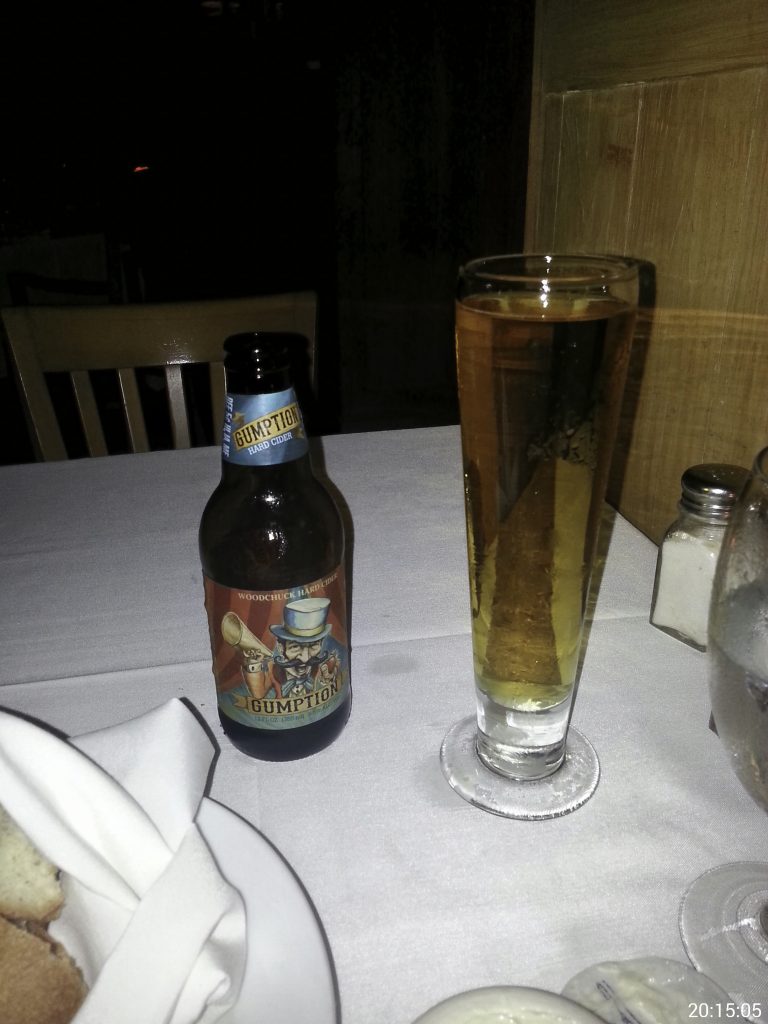 Meanwhile they brought me a hard cider that was good with the meat. 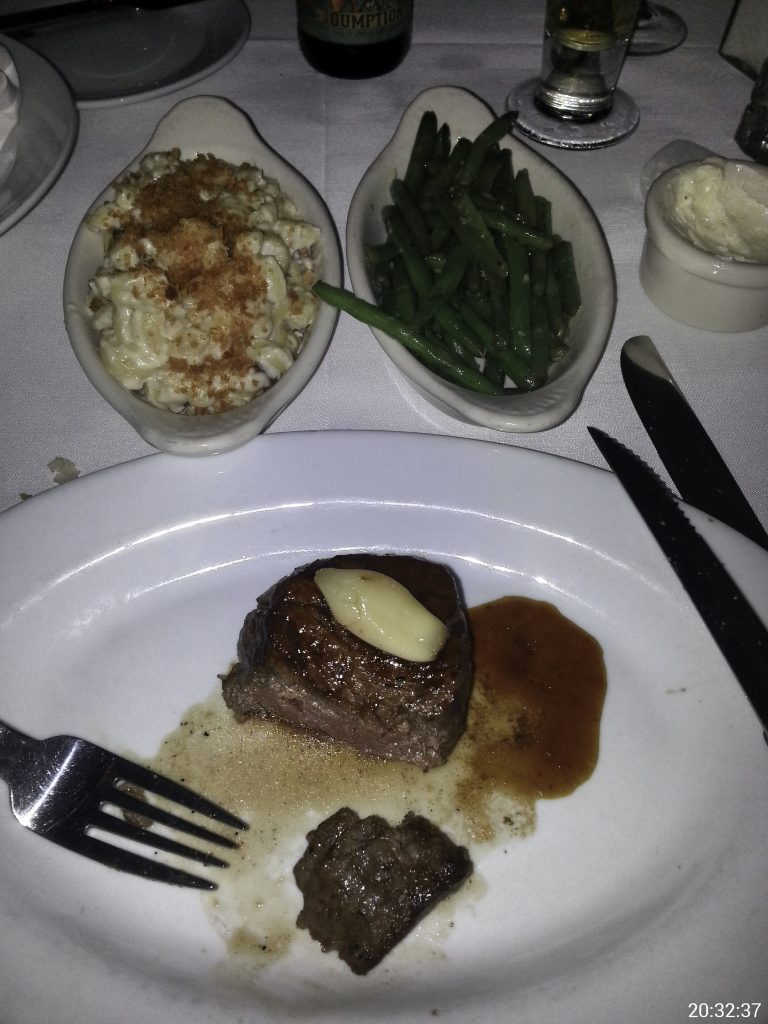 The steak was superb!! lightly crusted outside from the grill with medium rare inside that was very flavorful. The potatoes were in no way what could be considered pre-processed as they were fresh, with a few lumps not including the lumps of garlic that were in them of roasted garlic. The beans were nicely sauteed but not overdone. They were crisp and yet fully cooked with an olive oil and herb glaze from the cooking.

Next was desert. Now at this point as I was there for my birthday I thought I would go all out. 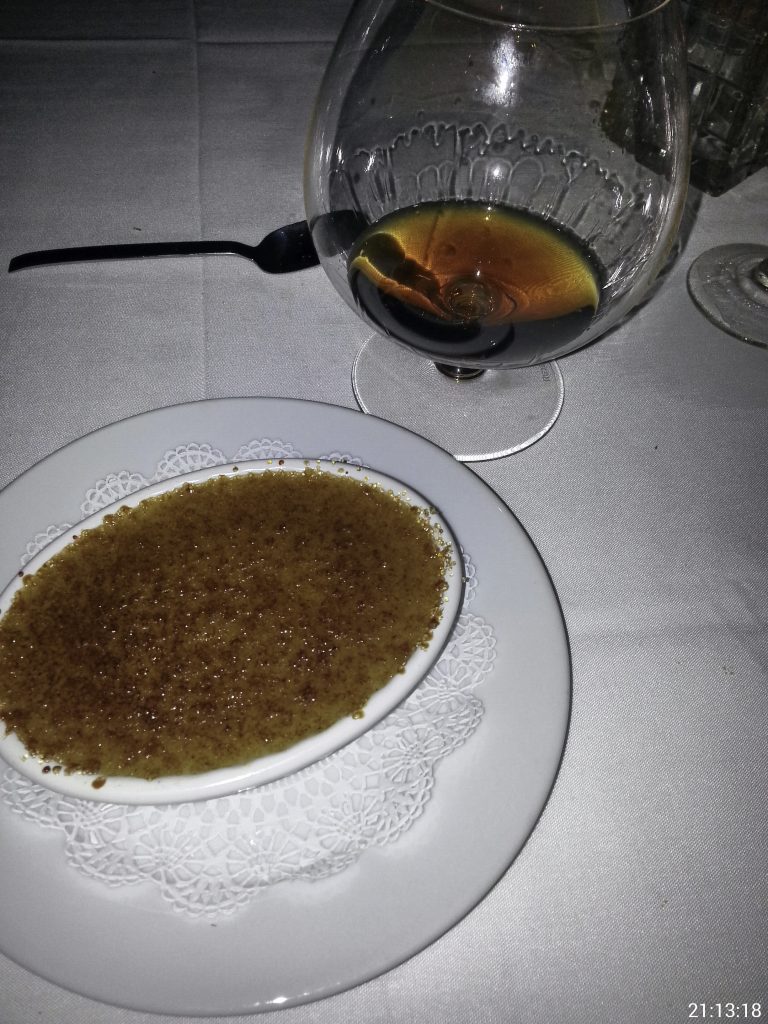 I ordered The Creme Brulee  with a double shot of Remy Martin Louis XIV Brandy.

The Brulee was exquisite as any fantastic custard of its type would be. The top was not burned and the creme portion was fantastic

I have had steak in many areas of the country but other than a long gone steakhouse in Waco Texas the steak at Jacksons was by far the best I have ever tasted.

Went to PF Changs which I had been to previously but I never really took the time to enjoy the meal fully.

I chose this time to sit at the bar which surprisingly has comfortable chairs.
As I am of the persuasion to get the darkest beer I can find I asked the bartender what dark beer he had.  He brought me a “Left hand” Brand Nitro infused Milk Stout. Even though it was in a can he was one of the first I ever have had as a bartender that actually knew how to pour a stout so as not to make an enormous head that you must deal with when you drink it. I give him enormous kudo’s for that.

He came back and I ordered the mandarin beef with white rice & hot and sour soup and Hot Saki.

First he brought me the soup with the requisite noodles that come with soup.

Unlike the normal hot & sour soup at Chinese restaurants the soup was creamy rather than the usual watery soup. The noodles were enough for it without adding huge pieces that you have to fuss with trying to get them on the spoon along with the soup. Its rich and has multiple tones of the mushrooms and the meat that I assume is chicken along with the tofu pieces. the milk stout actually complimented it.

Next he brought out the Mandarin Beef with White rice and the Hot Saki.
The Beef as always is lightly crispy on the outside but tender and actually juicy on the inside. Considering its done in a very hot wok thats surprises me every time I get it. The sauce is slightly spicy but not overly so and compliments the meat. The white rice? Well its white rice and thus really can’t be made either good or bad unless you undercook it.

Overall the bartending was fantastic and the food was fabulous as well.

We don’t have many Asian places here that are not chain owned but I will endeavor to get to as many as I can for comparison.

When in pensacola in Summer of 2015 studying for the Bar Exam I came across this place.
The decor inside could be described as hipster mixed with rustic.
Wood theme over all with the metal chairs you expect to see in a bar out in the middle of nowhere. Comfortable but minimalist.

They make coffee by several methods but the one that drew me was Syphon style.

The water is heated from beneath in a kind of stacked boiler contraption with the cool tank at the top which syphons the water through the coffee before ending up in the container they pour from. Its an interesting process to watch and the smell from it just say “HEY WAKE UP NOW!!!!”.

I ordered the “British wrap” which is a light dough wrap around Eggs, Bacon and Cheese.

The Syphon made coffee with whole cream was very good and the wrap was excellent.
The wrap texture was somewhat soft but not gooey. It held its contents well but was not so stiff as to be like a tortilla that makes you have to bite through it hard.  The eggs were well done and seemed to be of the organic variety and not the normal store bought ones. The cheese was sourced as evidenced by the rough edge and texture of it. All in all it was a very good sandwich.

The whole place had a comforting sense to it and when I talked with people that were sitting near me they seemed as relaxed as I was.

Were I asked where in Pensacola I would recommend for wake up coffeee or breakfast this would be in my top 3.